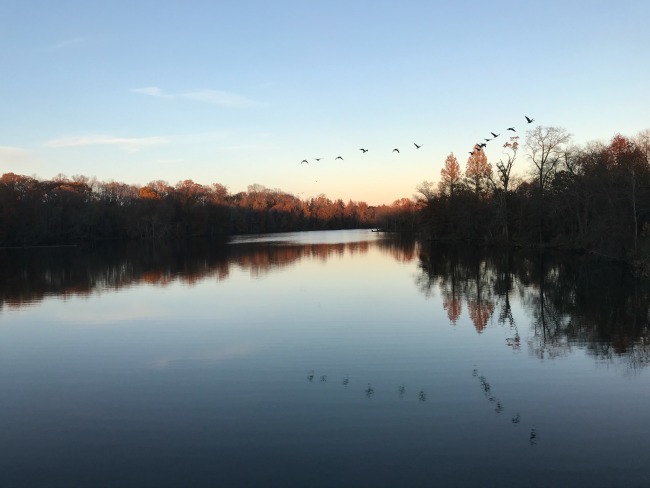 My father passed away a little over two years ago and still, his death weighs heavy on my heart and my actions. What I wouldn’t give to have a few more conversations with him, or to have my kids, especially the older ones, get to linger over dinner with him, having him drive them crazy as he played devil’s advocate on the pro-choice movement, the merits of the death penalty, or Hemingway’s prose. My dad loved a good debate. Conflict-averse, I’d get up to clear the table, to escape the discussion, and he’d refill my wine glass, beckon me back to the table. “We’ll do the dishes later,” he would say with a smile. “Sit with me a while. Let’s talk a little longer.”

I regret not lingering longer with him after dinner. 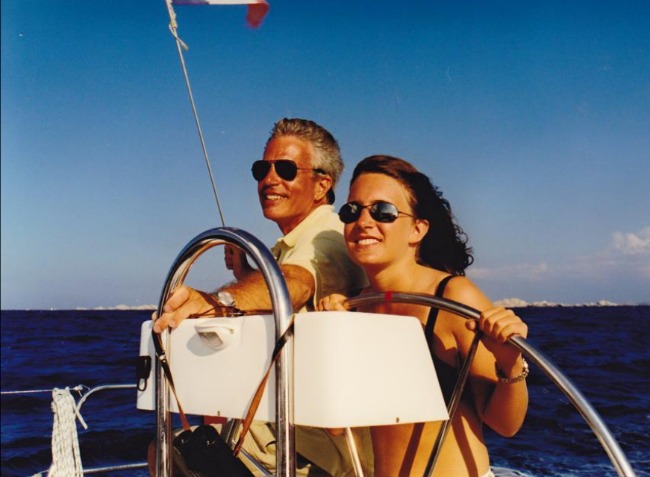 He hadn’t reached his 70th birthday when he died, after a long struggle with emphysema and a failed double lung transplant. After the transplant, he fought to live for two long years, gradually losing all his joys, first wine, then gardening, and finally eating and speaking. During his good days, he would speak of the long list of things he wanted to do as soon as he was better. His list was long, but it boiled down to two main things: travel and write a really good novel, one he could really be proud of. 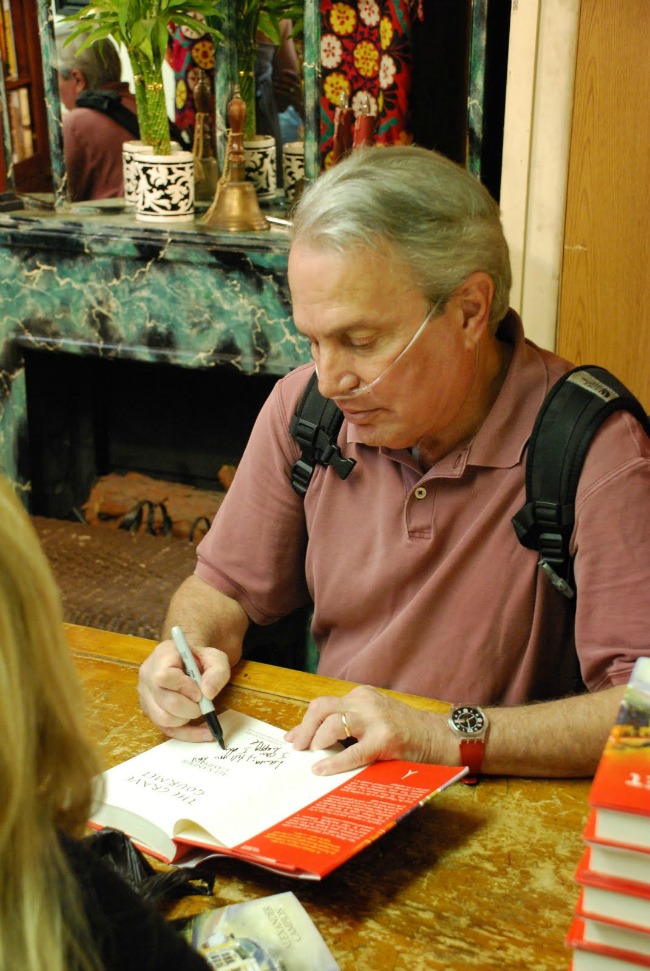 Writing under the pen name of Alexander Campion, his Capucine culinary mystery series had a dedicated fan base, all over the world. The Japanese cover was adorable. The five-book series revealed his rich life, his love of food, his career as a consultant and an investment banker, and his rich vocabulary. He ran out of time, but he had another book to write. A smarter one. A harder one.

I regret not being able to read it. 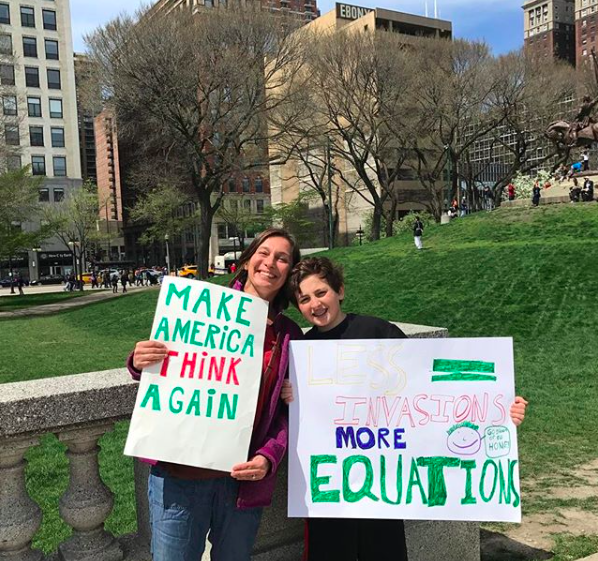 2017 was a hard year for many. It was a year that revealed so much hate all over the world. A year that let racism explode out of the shadows. But also a year that forced people out of their complacent lives, that forced them to become activists, to come together with strangers and march, speak up, and organize. Before 2017, I never would have dreamed that I’d march like I did in college! I have great hope for 2018, that we will beat back the hate and the ugliness and return to what makes this the country of opportunity.

So my personal resolution for 2018 is a cheesy hashtag. #NoRegrets.

Time is a tricky bitch, robbing us of our youth, our health, our brains, long before we planned. I’ve seen it happen it to my dad. I’m seeing it happen to my mom. I can’t let it happen to me. 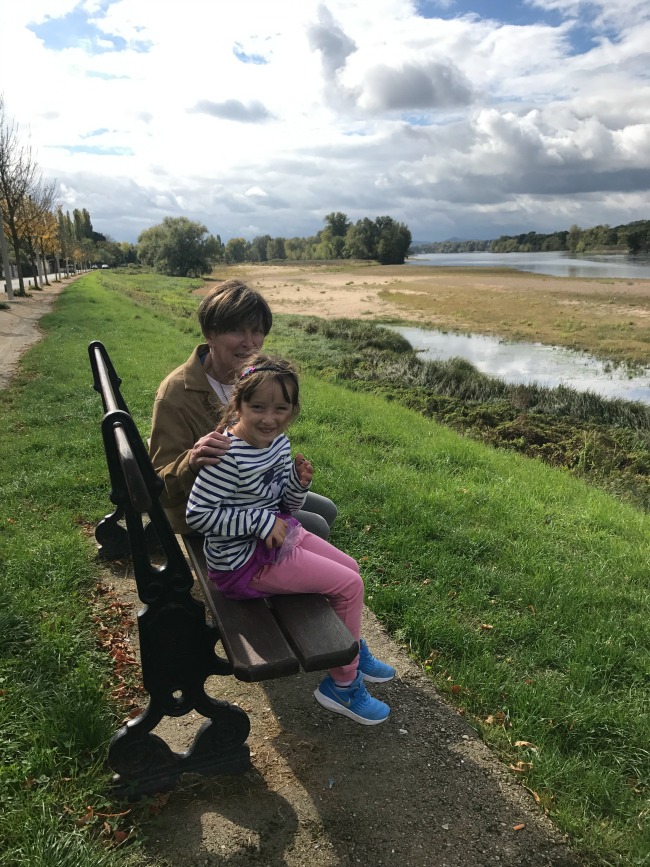 So 2018 will mark my new #NoRegrets mantra. No more putting off the book, the trips, the experiences. Every day must be lived in full, without regret. Time must be outrun, not complacently counted on. 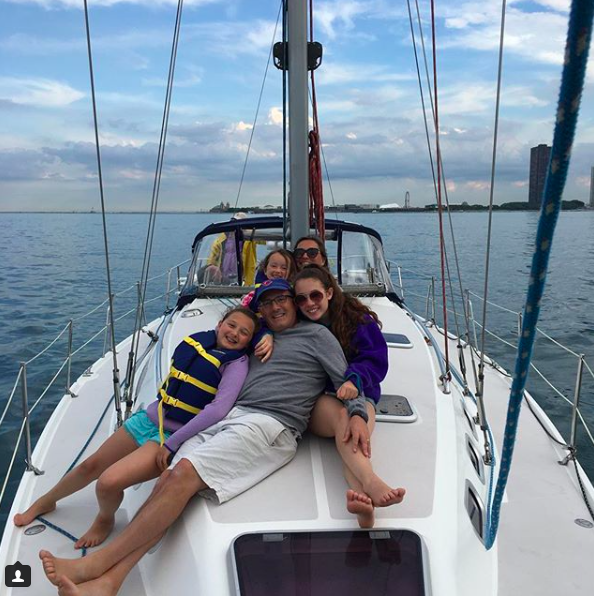 We’ll be starting 2018 in the Caribbean sun, toasting my dad with an expensive glass of wine, because life is definitely too short for cheap wine. Then home to write the last four chapters of my novel, to submit two short stories for publication, and to fill my days with creation and creativity, between car pools, walks with Wilson, and trips to be with my mom. In May, I’ll be planting my garden, although I have none of my dad’s green thumbs. In June, you’ll find me on Lake Michigan, learning to sail. Here’s the link to the Columbia Yacht Club basic keelboat certification class if you want to join me – don’t wait – it sells out way before Lake Michigan thaws. And in November, you’ll find me canvassing, doing my part to turn the tide of hate.