Over the last couple of weeks, I took a deep dive in the YA pool, reading two YA novels that have been all over the news lately: Thirteen Reasons Why by Jay Asher and the Hate U Give by Angie Thomas. Both made for great conversation with my big kids, but only the Hate U Give is worthy of a recommendation. And when I say recommendation, I mean it’s the type of book that I plan to buy and give to total strangers and friends alike. It’s that good. 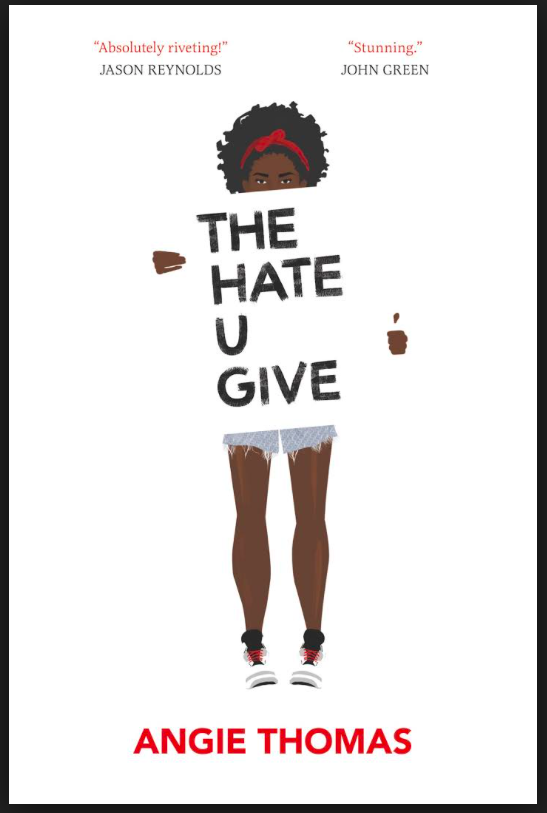 The Hate U Give is Angie Thomas‘ first novel. It’s beautifully written, with fully drawn characters that inspire deep connections. The novel’s main character is Starr Carter, a 16-year old girl torn between two worlds: days at a fancy private school and nights in a small apartment in a gang and drug filled inner city neighborhood. Starr’s father is a former drug dealer who spent 3 years in prison when she was a small child. He now runs the neighborhood food store and has nothing to do with the gangs. Starr’s mother is a nurse, who works long hours at the community hospital. Both parents are strict but loving, and they are committed to having their three children go to college and have easier lives.

Starr straddles these two worlds uneasily, but successfully, not quite being herself anywhere, until her childhood best friend is killed by a policeman as she sits shaking in the passenger seat. The murder shatters her equilibrium as her two worlds collide.

Here in Chicago, the gang and drug violence is all around us. It’s something I think about when I plan my route into the city, or when the traffic on the highway slows to a standstill and I weigh the risk of taking back roads home. There are shootings every single day, but the numbers grow in the summer. Although I live so close to this violence, until reading the Hate U Give, it wasn’t something I truly understood. This book has given me a small taste of what life must be like in Austin and other gang-ruled neighborhoods. It has helped me see the community and love there, even amidst the violence. And it has given me an appreciation of all the obstacles to those who strive for a different life.

Each time I read about a shooting, I am filled with a sense of powerlessness. The problem of violence in Chicago is so huge – what can one person do? But this one great read is an important first step. With greater understanding comes greater empathy, and from that only progress can come.

Grab a copy of the the Hate U Give without waiting another day. It’s not only an important book, it’s also a gripping read. I promise you won’t be able to put it down, and you’ll want it to continue, to remain with Starr and her boisterous and loving family, long after the last page.