Steve and I recently spent a blissful three days in Panama, kid-free and activity packed. Being transported to a tropical land with 92 degree weather in February has a heavy dream like quality. During our three days in Panama, I couldn’t shake the feeling that everything was a delightful dream, and that any minute a houseful of kids was about to descend upon me demanding pancakes and that I raise the heat. The trip left us hungering for more trips to unfamiliar skylines. 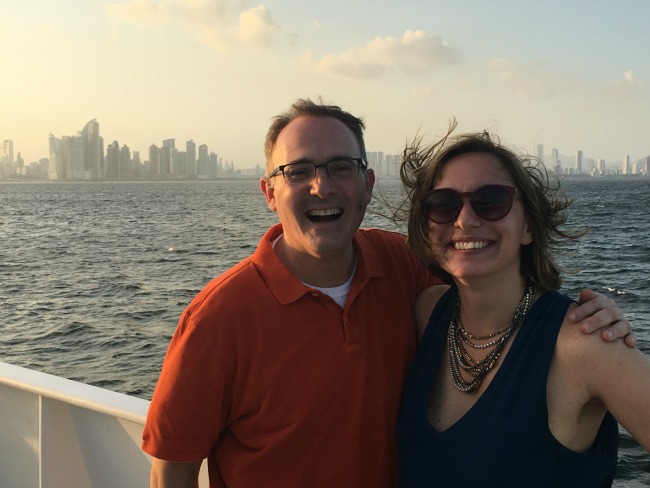 How much can you really see of a country in three days? It’s a taste at best, but it can still give you a strong sense of whether you’d like to go back. In addition to wanting to get back to Panama to more fully explore the Caribbean coast and the Atlantic Coast, it was also a chance to learn about transportation, and to see the world from a slightly less-North American centric viewpoint. 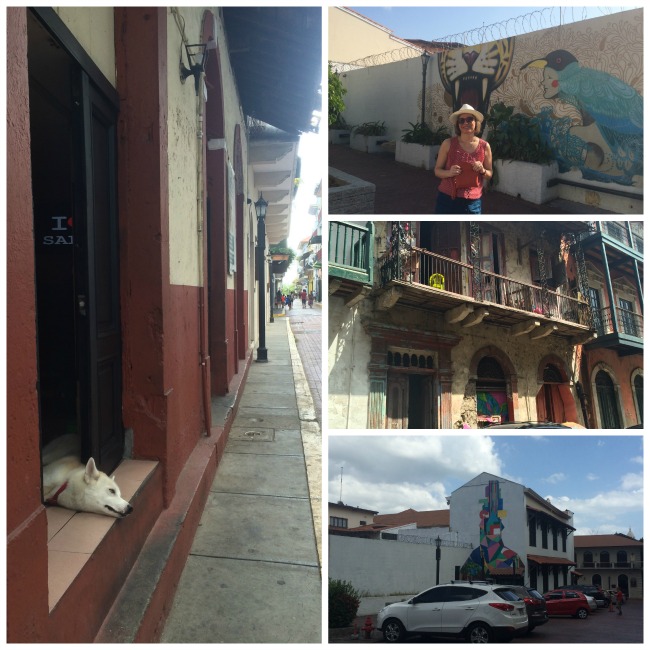 We stayed in the Casco Viejo section of Panama City, a charming cobble-stoned area within walking distance of the Panama City fish market. Casco Viejo is small, and filled with boutique hotels, restaurants, and nightclubs on open air terraces. We stayed at the American Trade Hotel, a recently renovated luxury boutique hotel on a quiet plaza. The rooms were tastefully done in white wainscoting and wooden beams. The bathroom had the greatest shower I have ever had – a large white subway tile shower with a rain shower head that now fills my dreams. 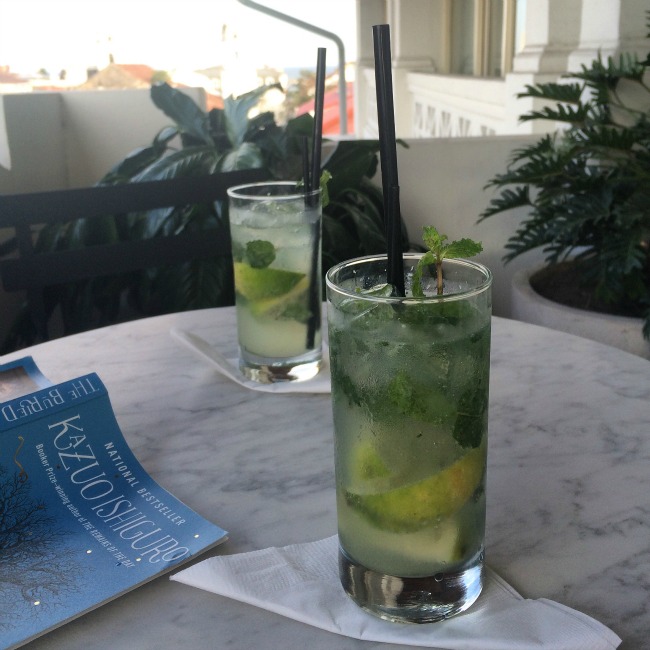 Room service was happy to bring up ice cold mojitos that I sipped from my balcony looking at the ocean and the exploding, modern skyline of Panama City. Church bells tolled throughout the day and flocks of birds flew in the sky. Children played soccer barefoot in the plaza below. The Fish Market was just a few blocks from our hotel – far enough away that you couldn’t smell it, but close enough that you could see the constant cloud of vultures circling above it. During lunch on our last day, the chef came out to show us what he had just bought at the market, a beautiful pink snapper. After a giant bowl of ceviche, he steamed the fresh fish and served it with fried plantains. Are you getting the dream like sensation yet? 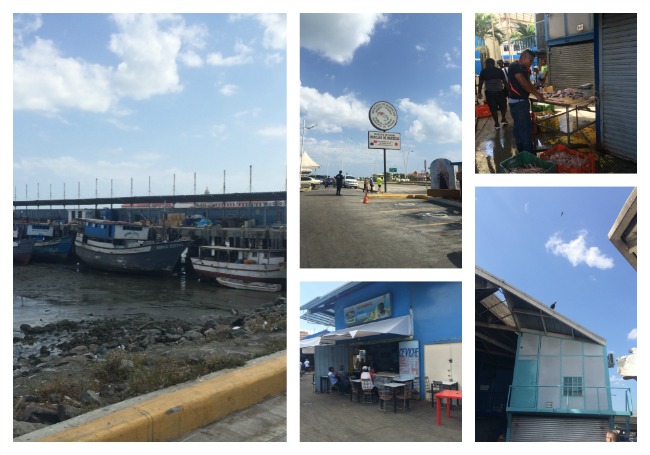 We managed to fair amount of sight seeing and dining during our long weekend. We hiked the Metropolitan National Park, an urban rainforest in the heart of Panama City, where we saw some sloths sleeping.  In the capable hands of Aventuras 2000, we traced the journey of a cargo ship from the Atlantic ocean to the Caribbean ocean. First we took a bus from Panama City to Gamboa, passing by the houses that the US troops lived in until 1999 when the Panama Canal was handed back to Panama. Then we took a small high speed boat to go through Gatun Lake to the Gatun Locks where we saw boats come out of the canal into the Caribbean Sea. 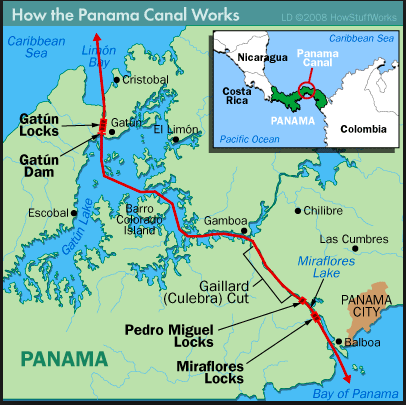 A little history on the Panama Canal. The French were the first to try and build a canal in Panama in the 1880s. Beset by mosquito born diseases and a faulty canal plan, they sold the project to the US. Construction by the US began in 1904 and ended in 1914.  Instead of trying to just dig straight through as the French had, the US plan consisted of a series of locks to elevate the boats to pass the Continental Divide in man-made Gatun Lake. After the lake, the boats are lowered back down to sea level via another set of locks. Building the Panama Canal shaved off 21 days of shipping time for boats that wanted to travel from the East Coast to the West Coast. Boats that travel through the Panama Canal are charged a duty based on their weight. The big freighters can pay as much as $400,000 of duty per boat. Construction is finishing on a new, wider and deeper Panama Canal which will let boats travel with 3 times the cargo. 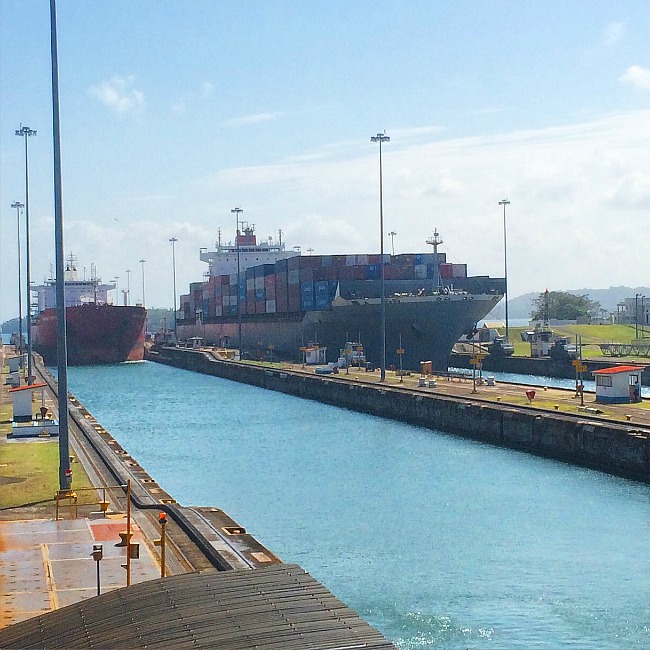 On Gatun Lake, we stopped briefly on the shore of the jungle and had a little capuchin monkey encounter. The monkeys came out of the trees and jumped onto our boat to beg for bananas. They were adorable until they decided our group photographer was a threat and they bonked him on the head! 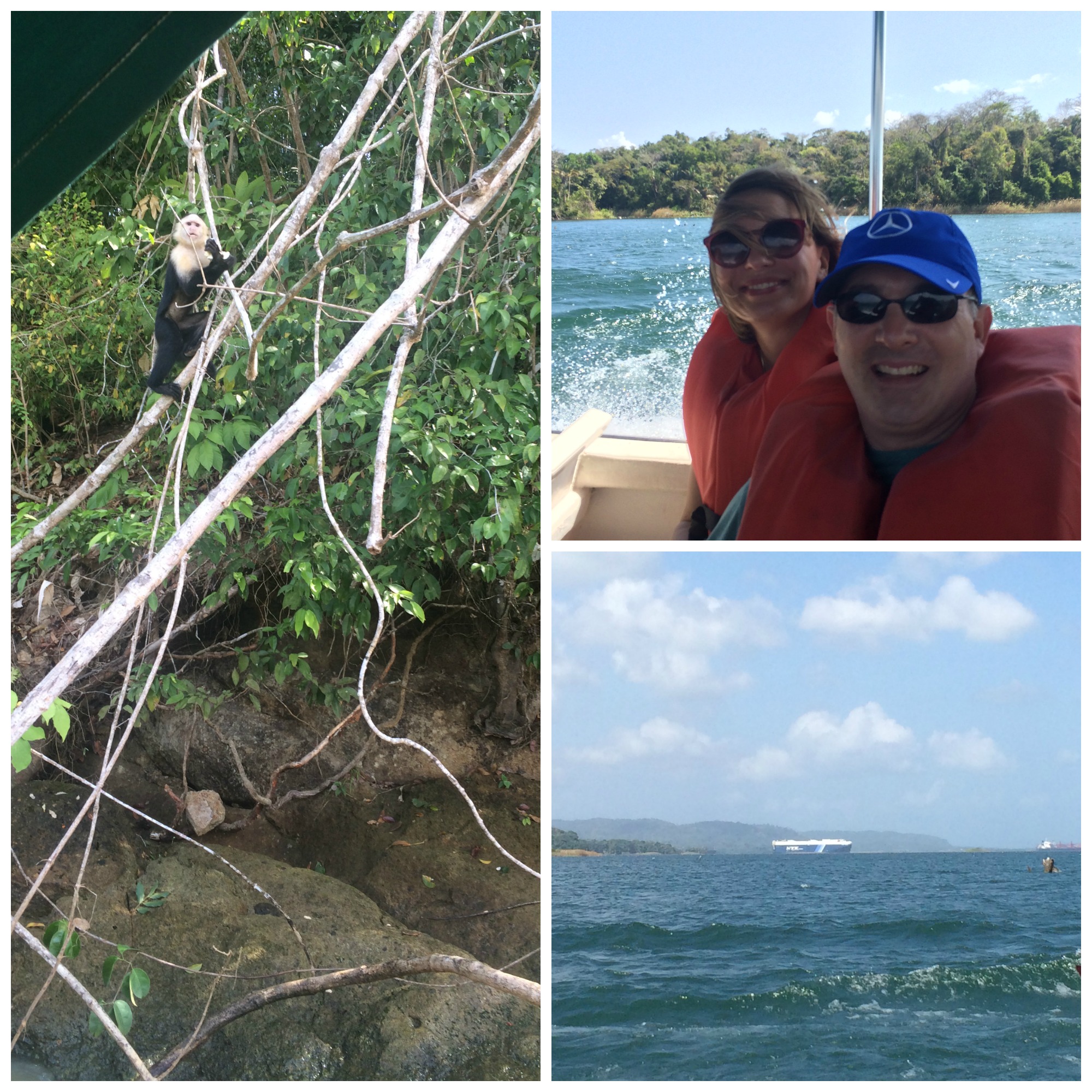 I’ll be dreaming of the Panama skyline for years to come, and plotting our return to explore the San Blas Islands, the Amador Causeway, and the resorts on both the Atlantic and the Caribbean coasts. A direct flight from Chicago will get you to Panama in 5 1/2 hours. The dollar is accepted everywhere and everyone we encountered speaks English, both legacies of the US presence in Panama. 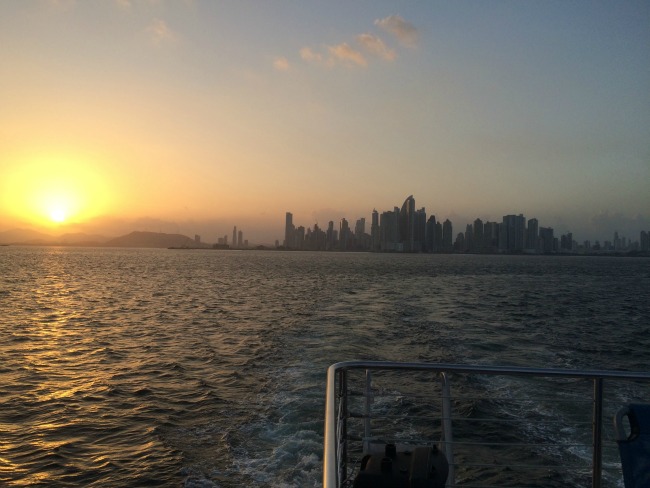 One Response to a Long Weekend in Panama