Barcelona was my home junior year of college. My friends studied in Seville, but I chose to go alone to this beautiful seaside city filled with outdoor art. A program found me housing and validated my course load, but my classes were in Spanish at the local university. I studied while sipping strong espresso at cafes on Las Ramblas, went clubbing late into the night, and ate tapas at crowded wooden bars. I had American friends and Spanish friends, and for the first time since I moved to the US, my identity felt more European than American. My study abroad experience actually brought me closer to home. On long weekends, I took a train ride to Paris and enjoyed being in the same time zone as my family for the first time in five years. I wish I’d spent the year there, instead of just the spring. 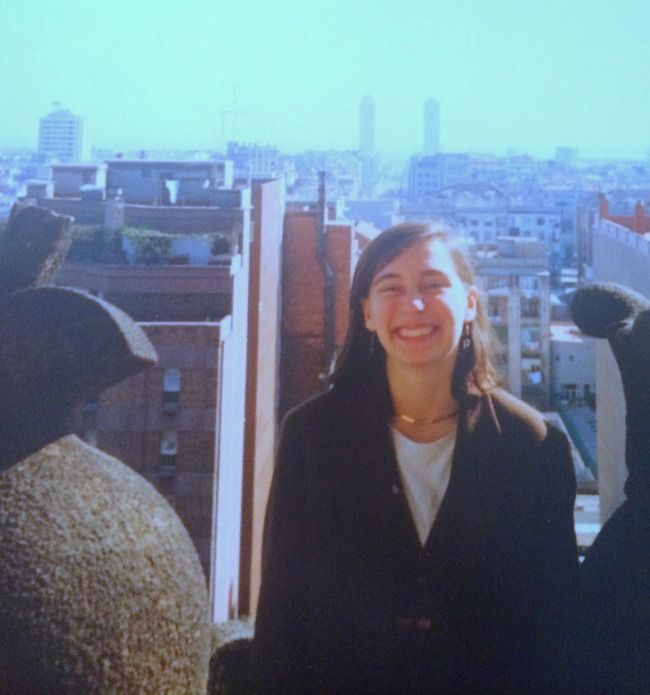 After a brief fight-filled stint with an older widow, my program switched me to the apartment of a young single woman named Maria. She was a hairdresser and make up artist for movie crews and her home was filled with brash, beautiful people. Their laughter over the sound of the blow dryer would wake me on Saturday mornings, but I loved their loud joy and energy. It was like being surrounded by the pulse of Barcelona.

When Maria had to go on location, her parents came to stay with me and I watched bullfights on the TV with her father. I filled my recipe notebook with her mother’s cooking, learning through conversation how to make tortilla espanola and croquetas. Twenty years later, I look at those tattered pages and am transported back to that sunny kitchen overlooking the drying laundry in a shared internal courtyard. I can almost smell the potatoes gently frying over low heat. 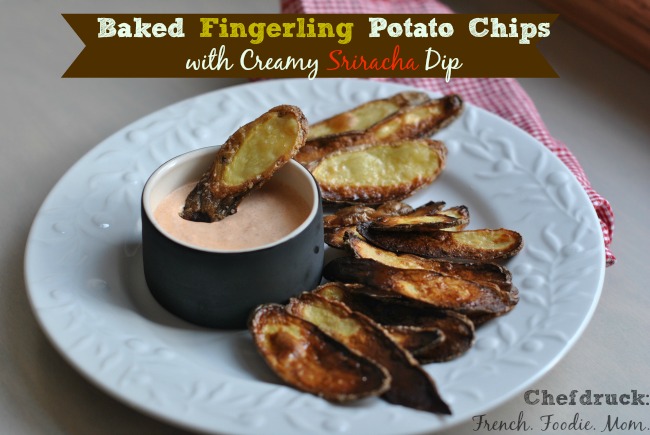 Patatas bravas are a traditional Barcelona dish. Cubed potatoes topped with a spicy pimento spiced sauce. This baked potato chip recipe with its fiery creamy paprika dip is inspired by my memories of Barcelona tapas but changed significantly. Just in time for the Super Bowl, give this dish a try. It’s an addictive dip that will disappear long before the first touch down is scored. 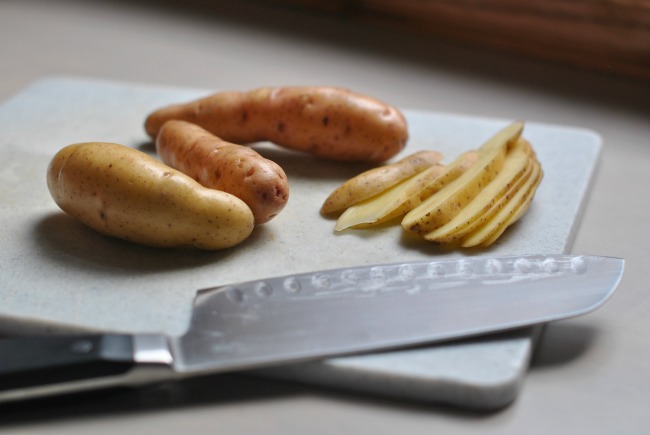 As far as Super Bowl appetizers go, this is a fairly guilt free one. The potatoes are baked until crisp in the oven and the dip is made with yogurt instead of sour cream. Cut them into the thinnest slices you can manage to really make them into chips. I’d recommend a mandoline, but they terrify me and I don’t use them. This dip is creamy and compulsively edible, thanks to the bouquet of spices inside.

The yogurt to prepare this recipe was provided by Stonyfield organic.