I’ve never been much of a cocktail girl. A nice glass of wine is my idea of a perfect drink: a dry and fruity riesling in the summer and a velvety shiraz in the winter. But this summer, everything changed, when I was introduced to the Dark and Stormy by my friend Richard. He’s a man who has traveled the world and eaten everything, including black bear with Eskimos in Alaska. When he tells me about a restaurant, I go there… immediately. And when he hands me a drink, I take it without question. When he poured the ginger beer over the dark rum and chiseled chunks of ice, he overcame years of habit, and remade me into a cocktail chick: a Dark and Stormy lover. 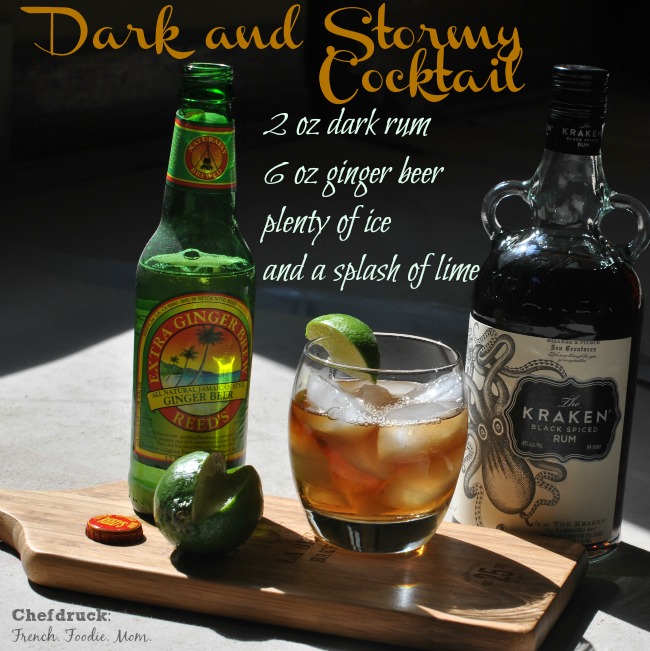 The Dark and Stormy is a really simple cocktail: just really good ginger beer and a nice, spiced dark rum. Shift the ratios to make it to your liking. It’s actually the national drink of Bermuda (although the rum swizzle shares that claim). The British had been making ginger beer since the mid-1700s and it was only natural that it would be paired with Bermuda’s rum when British sailors reached the island. Legend has it that the drink was named when a sailor held up the glass containing the cocktail and noted that the drink was:

“the color of a cloud only a fool or a dead man would sail under”.

Finding the right ginger beer is everything to the Dark and Stormy. You can find some that have alcohol in them – I don’t recommend it. Too boozy. My favorite is Reed’s ginger beer. Locally, I’ve been finding it at Trader Joe’s and Binny’s. Delicious on its own as well: spicy, gingery, and exciting.

As far as the rum goes, the official rum for the Dark ‘n Stormy drink is Goslings, and it is the brand’s signature drink. I enjoy Goslings, but also like Kraken Rum. It happens to be the darkest and spiciest rum I can find at my local supermarket. Try them both, and any other dark rum that appeals to you and make your own favorite combination. 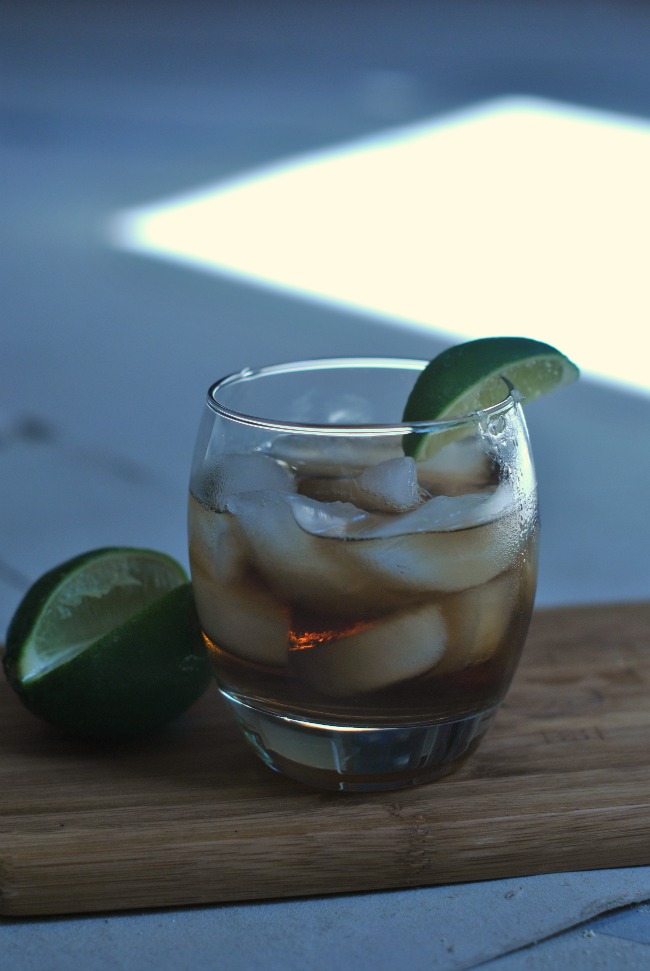 There’s no need to add anything to the cocktail, but I like a splash of lime to round everything out. Not critical, but makes everything pretty by balancing out all that amber with a flash of green. You can serve it in a copper cup, but that’s not the traditional Dark and Stormy cup. The copper mug belongs to the Moscow Mule, a great example of early social media adoption!

So there you have it: an easy cocktail to bring in the weekend and get a taste of the islands. In the dust of our construction site, it’s an easy mix. Cheers!

Dark and Stormy: a Simple Cocktail to Ease into the Weekend

One Response to Dark and Stormy: a Simple Cocktail with a Rich History to Ease into the Weekend