Sci-Fi is a niche genre, one that you either love or hate. Some titles, like Harry Potter and (arguably) Twilight, transcend the genre and become must reads for the masses. I usually limit my sci fi book raves to those I know love the genre. Ready Player One by Ernest Cline is so engrossing and creative that I’ll be recommending it to everyone I know. 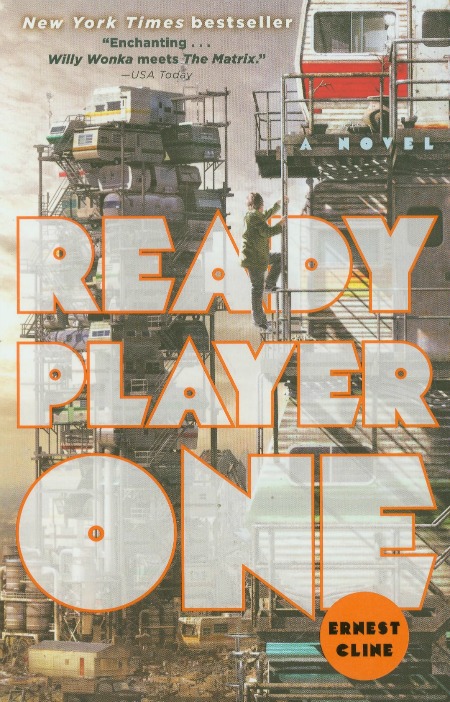 Ready Player One is set in 2044. The world is a dark and hard place. Fossil fuels have run out, poverty is everywhere and crime is rampant. Populations have fled the suburbs and countryside and flocked to the cities in search of work and food. Housing is at such a crisis point that mobile homes have been stacked on top of one another in teetering stacks. The only thing that gives mankind a break from the desperate state of things is the OASIS, a free fully immersive virtual reality world. In the OASIS, your avatar can become anyone and fulfill any fantasy. You can even opt to attend school in the OASIS. Using a visor and haptic gloves, millions spend most of their time in the alternative reality, exiting only to eat and sleep.

Wade is Ready Player One’s hero. He’s an orphan, a high school student, and a passionate member of the OASIS. He’s not fit or handsome, but he’s incredibly well versed in the most valuable currency in the OASIS: knowledge of 80s culture. James Halliday, creator of the OASIS, was an 80s fanatic. He created entire planets devoted to obscure Atari games playing Def Leppard and Duran Duran soundtracks. When Halliday dies and leaves control of his company and the OASIS up for grabs for anyone who can find the golden egg he has hidden within his virtual empire.

Like a knight on an impossible quest, Wade joins millions of others in Halliday’s ultimate game. The resulting story is nothing short of magical with a heavy dose of 80s nostalgia. Wade jumps from world to world, each one more off the wall than the last one. I devoured the Harry Potter series hungry for the magical creatures and world that had sprouted from J. K. Rowling’s deep imagination. Ernest Cline kept me up way too late with the same hunger. This is Ernest Cline’s first novel and the man is pure genius.

I’m not alone in loving this book. The New York Times called it, “Enchanting… Willy Wonka meets the Matrix.” Put it on your kindle. Throw a copy in your beach bag this summer. Get ready for a wild ride of a read.