On March 8, the second season of the Heartland Table began airing on Food Network. The show is filmed in Chef Amy Thielen’s Minnesota cabin, thousands of miles away from the New York City kitchens were she was worked for culinary superstars like Daniel Boulud, Jean Georges Vongerichten and David Bouley. Thielens’ Midwestern roots and East Coast culinary experience give her a unique point of view on trends and food culture in the Midwest. 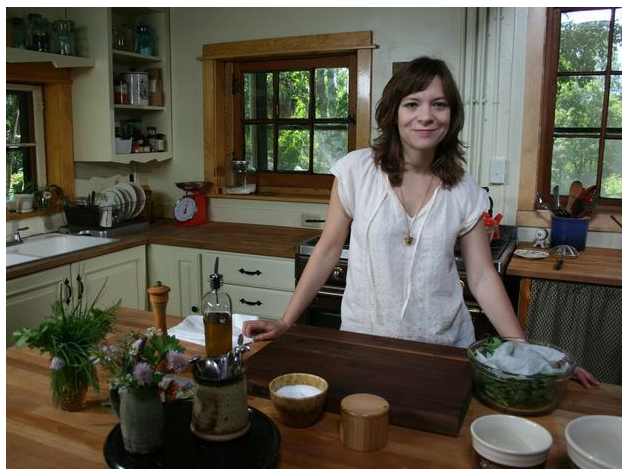 Along with a few other bloggers, I had the chance to interview Amy Thielen last week. Becoming a mother pushed her out of the restaurant kitchen and into a new career as a writer and television personality. As a mom and a French New Yorker now living in the Midwest, I found her insights fascinating.

Question: Was it hard to transition living on the East Coast?

I spent nine years living out in New York City, working very hard, a 75 hour week was slow, but I loved every minute of it. I found that people are more resoundingly the same than they are different.

Question: I recently overheard someone say, “Wow, I’m just going to get down and eat like a Midwesterner.” Do you think the Midwestern palate has evolved?

To me, the big difference in dining between New York City and the Midwest is informality. Things are more relaxed here in the Midwest, and that’s not a bad thing. Whether in restaurants or in home entertaining, you see more casual entertaining. More of a dip culture. One pot dishes and casseroles.

Question: How would you describe the essence of Midwestern culture?

I actually don’t think you can distill the Midwest into one food culture; it’s such a mixture of different regional influences. You have Scandinavian influences, German influences… Collective taste memory is the common thread, and it’s constantly evolving, especially as Mexican and Asian influences are weaving in to our Midwestern experience.

Question: You’ve worked with so many brilliant chefs. Can you talk about which ones were great to work for and what lessons they taught you?

Mostly, I learned that there are different ways to run a kitchen with pros and cons to each.

David Bouley was the most inspiring and exciting, but his kitchen was chaotic and disorganized. You need a lot of chaos to have a more spontaneous menu created by what looks good in the market.

Jean Georges was incredibly clean and organized. Someone was always mopping!

Daniel Boulud, I opened DB Bistro Moderne. He worked us so hard: 12 to 13 hours a day, 6 days a week. It was a true French kitchen with hazing and guts and brawn. Very hard place to work but I learned so much.  I learned so much in each restaurant.

My best experience was my last job, working with Shea Gallante at Cru. We were an older crew there and we earned three stars from Frank Bruni at the New York Times. It was a great experience. 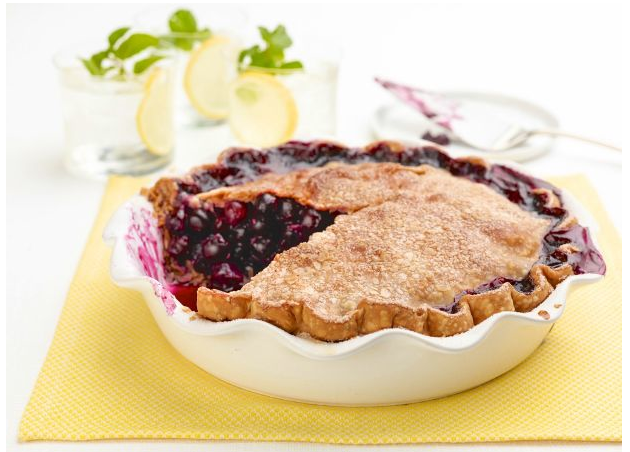 Check out the Heartland Table on the Food Network or some of Amy Thielen’s recipes on Food.com. Her Crispy Trout with Kitchen Butter Sauce and Oven Baked Spare Ribs with Porter Beer Mop will show any doubter than the Midwest is a hotbed of thrilling food.

One Response to Interview: Amy Thielen of Food Network’s The Heartland Table