We’re considering a major renovation to our kitchen and basement this summer, the type of renovation where walls and staircases are moved. With the addition of Sophie and the big kids getting bigger, our kitchen feels more and more like a New York City galley every day. The kitchen is the heart of the house, and I want it to remain a happy, bicker-free place filled with warm, comforting smells. Right now, I’m in the delicious dream phase, building vision boards on Pinterest filled with Spanish tile and researching the most powerful ranges. I’ve also been thinking about technology in the kitchen, how I use it today, and how I want to use it for the next decade. 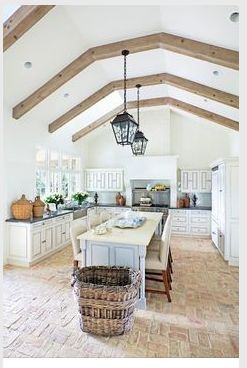 In the heart of our Chicago suburb, I want a space that feels like our summer vacations in Europe, with a rustic French country table and warm Mediterranean bricks. When it comes to tech, I don’t need technology to cook for me, I just want help with organization and planning to be able to focus on my cooking. No need for some of the new stoves I’ve seen that have a gazillion dishes pre-programmed. Instead, I want easy access to my shopping list and my recipes. And a cozy nook for the kids to do their work. 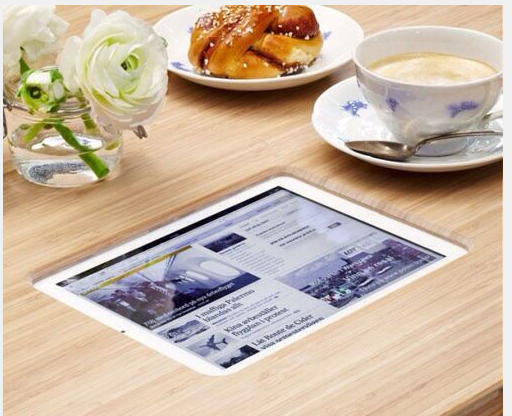 I briefly considered planning room in the counter for a tablet to access recipes, but decided that it would be a waste of counter space. I’ve already found a great tablet solution, and now just crave as much counter space as possible just to cook. A few months ago, I traveled to New York for a Lenovo blogger summit and came home with the Android operating system 10 inch Lenovo Yoga Tablet. It’s been my right hand in the kitchen ever since. 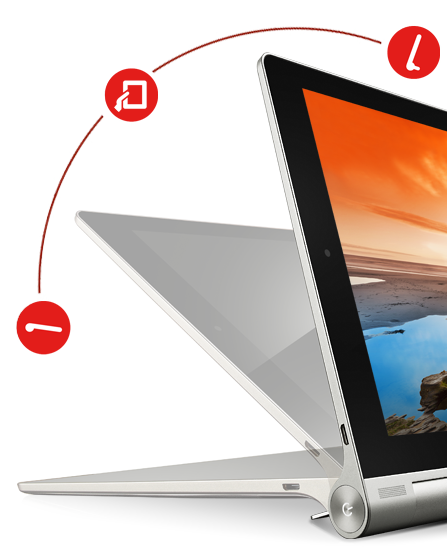 Other than its low price point ($275), the greatest feature of the Lenovo Yoga Tablet is its built in flexible kickstand that lets you tilt the screen at whatever degree you choose. One side also has a rounded ridge, making it easier to grip in hectic kitchen moments. The only feature it lacks is the ability to navigate recipes without touching the screen, the hands free feature I’ve seen on the Samsung Galaxy S4 or the Bing Food and Drink App for Windows 8.1 devices. But at such a low price point, I’m not worried. Those hands free kitchen features are still very new. My next kitchen tablet will most definitely have hands free. Technology is changing so quickly, I’m done investing huge sums in home tech that will be obsolete in a couple of years. I want an inexpensive and useful tablet that I can cook with, day in day out, just as much as I use my trusty wooden spoon. 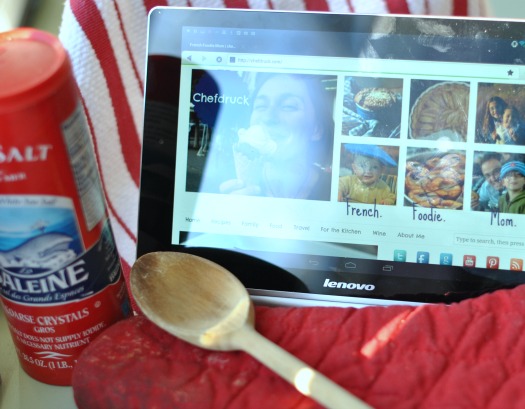 Disclosure: I received this Lenovo Yoga Tablet for review purposes and have received compensation for my participation in the Lenovo blogger campaign, including the trip to New York City, a series of blog posts, and a Twitter party.

6 Responses to Tech in the Kitchen: Planning a Major Kitchen Renovation