My new year’s thoughts got swept up in the clear blue waters of Cancun and the travel halting polar vortex. Marooned in Mexico, I had a few extra days to ponder life and attitude changes for 2014. Over and over again, the word SOAR came to mind, to encapsulate my aspiration for the year to come. 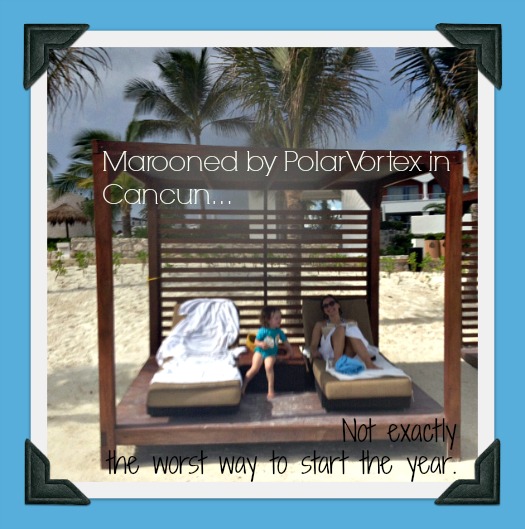 In 2010, I started making one word resolutions with the word MORE. In 2011, there was no word.  In 2012, to make up for previous year, there were two words: SWEAT and JOY. And in 2013, my word was SERENITY. I freed myself of obligations, building a nest focused only on my babies and my blog. Out of that came a renewed focus on writing, the beginning of a book, and a great sense of peace and purpose.

One word resolutions derive great power from their simplicity. It’s hard to cheat on one little word.

So this year, I pledge to SOAR out of my cozy little nest, to throw myself over the edge to grow and be free, to fly high from up above.

I’ve been spending too much time lately gazing in the mirror, wondering what happened to the face I had in college. My body is curvier now that it was then, but when Sophie nestles in to nap on my chest, she snuggles in and gets cozy. My jean size is irrelevant. It’s the confidence with which I stride in them that matters. My face is more lined too, a canvas waiting to be filled with more wrinkles and sun spots. This year, I want to focus on getting out and building strength rather than obsessing about the number on the scale. 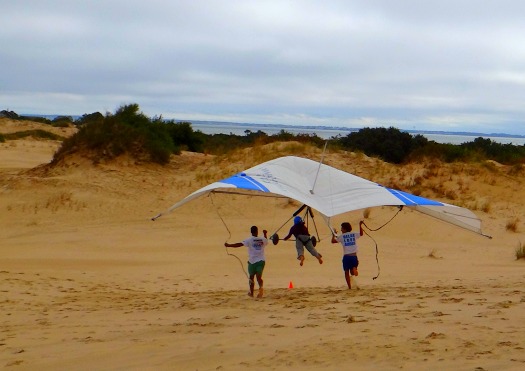 This fall during a conference in the Outer Banks, I flew a hang glider off the sandy Kitty Hawk dunes. One second I was running, barefoot in the sand, and the next my feet were in the air, body weightless, looking out at the horizon. I wasn’t up more than ten feet in the air. The flight lasted seconds. As soon as my feet touched the ground, I wanted more. To be weightless, untethered, dangerously at the wind’s mercy was terrifying and exhilarating all at the same time. I flew two more times that day, and have been dreaming about it ever since.

I hadn’t planned on going flying when I packed my bag for North Carolina, but by the simple act of saying yes, I had the thrill of a lifetime. Who knows what thrills await me in 2014? I have no idea, but I’m ready for them. I’m ready to say yes and SOAR.