This January, my year as a Nespresso Club Blogger came to an end. It’s hard to believe that this time last year, I had never heard of Nespresso coffee machines and Nespresso capsules. When I headed to New York City in March for a three day coffee immersion, I was skeptical that I would ever move beyond grinding my own espresso beans and using my expensive espresso machine. I already loved my coffee, just the way it was. 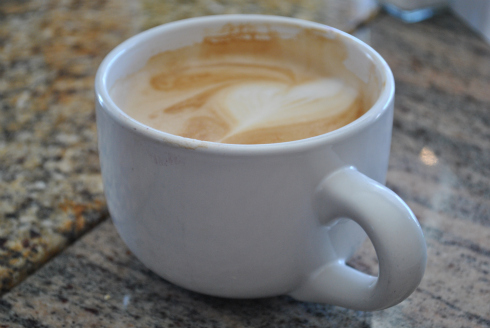 After a few days of learning about how Nespresso sources and processes their coffee beans, tasting their grand crus coffees, and trying their machines, I was a convert. We didn’t just drink a bunch of coffee, we cupped crema on tiny spoons, breathed in aromas deeply, and even had a recipe contest. Two days in, I could appreciate the flavor differences between single origin Brazilian Dulsao and single origin Indian Indriya. I have been a coffee drinker for decades, but it wasn’t until my Nespresso coffee immersion that I fully appreciate each cup of coffee, like a fine wine. My favorites are Argeggio (purple) and Dulsao (pale orange), but some months I prefer the spiciness of Indriya. 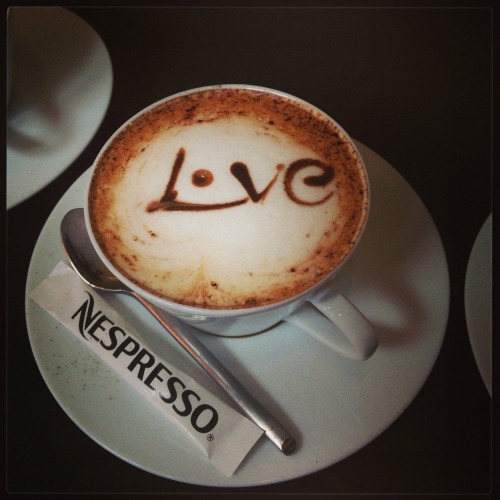 I became a convert quickly, and became an evangelist, working on all those around me. My husband now has a machine at work. His favorite is the intense Dharkan (dark green) but he has been known to drink my last Arpeggio. For Christmas, I gave a machine to my sister and another to my dad. Three readers have won machines from my blog giveaways, one in New Jersey, another in Chicago, and a third in Florida. I pass out coffee pods of the latest flavors to the moms on the playground and have coffee playdates. I’ve even had friends and family call me when they’re trying to choose what machine to buy.

The Nespresso experience goes beyond the taste of the coffee. The machines are equally important. They’re sleek and attractive, but also incredibly easy to use. No more coffee grinds in the sink, just pretty capsules ordered from Nespresso’s top notch customer service. This is a luxury product through and through. Every part of the experience has been thought through and well executed, to ensure the perfect cup of coffee for every moment of the day.

The Nespresso team didn’t limit our immersion to our New York city trip. We received shipments of new products, new coffees to try, new cups to serve them in. And in August, they flew us to San Francisco to attend the America’s Cup which was sponsored by Nespresso. First we viewed the race sipping champagne from a nearby yacht. Then we got to sail in the San Francisco Bay on a racing catamaran. It was like flying, thrilling, and terrifying at the same time. We finished the trip with breakfast with Frederic Levy, Nespresso USA’s CEO, at the San Francisco Nespresso flagship boutique. I’d love to know how they bake a perfectly cooked sunny side up egg inside a croissant. 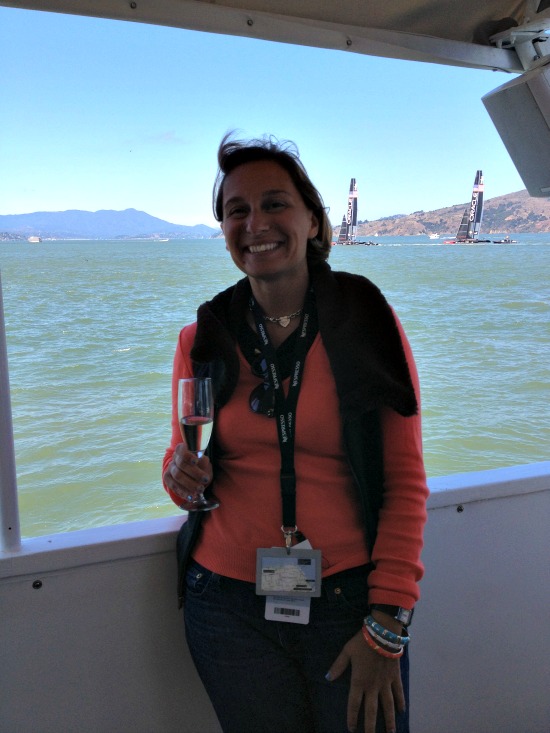 Saying goodbye to such a wonderful year is tough. I’m incredibly grateful to have been invited to join the Nespresso Club Blogger team. I hope you’ve enjoyed the posts, both about the trips and the coffee recipes. Since I began blogging six years ago, I’ve participated in many ambassadorships and sponsored trips. The Nespresso experience touched not only my life, but also the lives of those around me. And it will continue to touch us, one perfect cup of coffee at a time.

2 Responses to a Year of Nespresso: Reflecting on a Well Executed Blogger Program