“Mom, you know what you should be for Halloween? A dream killer. Cause that’s what you are.”

Lovely. That little gem was tossed at me not by my dramatic tween, but by my normally even-keeled 9-year old boy. He had some cause. I’d just broken the news to him that I had chosen a different camp for him to attend this summer. And he was crushed. 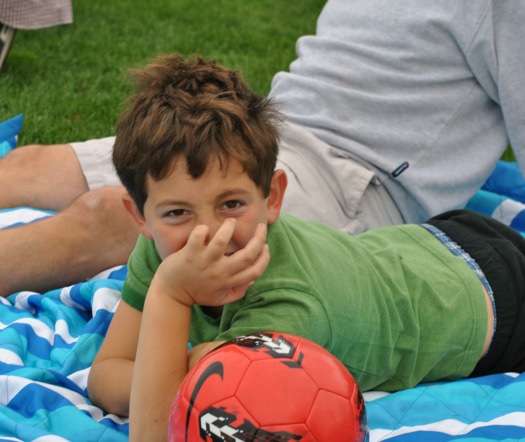 Jack loves camp. It’s a refuge from a house filled with sisters, a place where he can be loud, and dirty, and free. He’s been going to a small camp near Grand Rapids for the last two years and has come back mosquito bitten and happy each time. That he’s found such a place makes me so happy, and I want this summer joy to continue, which is why I found him a new camp.

My logic makes little sense to him, and at this point, probably little sense to you, so let me explain. Hopefully by clarifying my reasoning here, I’ll be able to better explain my good intentions to my distraught little guy. His old camp was a local camp, not geared to kids going for more than a week. Anyone going for more than a week would go home for a day and then return on Monday. That camp was five hours from our home without any camp transportation. It’s just not a place that he can grow with as he gets older, at least not without the rest of the family spending way too much time in the car going back and forth to northern Michigan.

So enter the new camp. A boys only camp that he is going to love. The list of activities available goes on and on and on from riflery to robotics. They even offer slip and slide kickball. What boy wouldn’t love that?

Well, for now, my little boy. He calls it Camp Poop, and alternates between angry rants against my unfairness and silent brooding. In a house full of girls, I’m used to constant drama and accusations of being the meanest mom ever, but when it comes from Jack, it feels different. This storm shall pass and when summer finally rolls around, he’s going to love his new camp. I know this, am certain, deep in my bones, but that certainty doesn’t make the storm easier to bear. Instead of being dream killer mom, I’d love to be fast forward mom and get to that magical day when I can say I told you so.