How do you like your lobster rolls? The concept of the perfect lobster roll is a hotly debated topic. Lobster salad or plain lobster? Hot or cold? Should the lobster be served on lettuce? Should it be tossed with celery? When you’re not walking the streets of Maine, having a lobster roll is a special and rare experience, one that can easily cost you $20 a roll. You have every right to demand perfection: your idea of perfection, or be certain to get what you want and make it yourself. 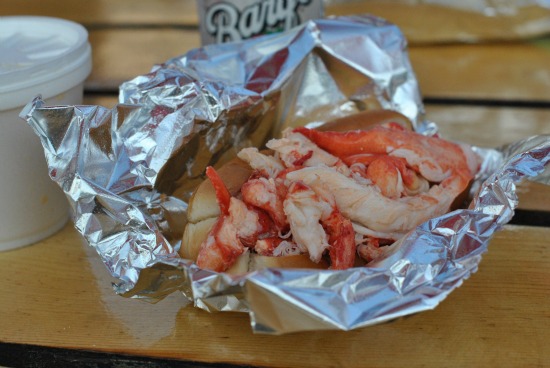 From the moment we got off the plane, Steve and I started sampling lobster rolls. After four days and over twenty lobster rolls combined, we realized that our visions of perfection are close but still moderately different.

Steve’s ideal lobster roll is what Abbott’s in the Rough calls “Lobster on a Roll” : the meat of a 1 1/4 pound lobster, cooked to perfection and heaped on a toasted and buttered hot dog bun, drizzled with a little cup of drawn butter. This is the purist’s lobster roll. All lobster and no effort: what’s not to love? No mayo. No lettuce. And most definitely no celery. 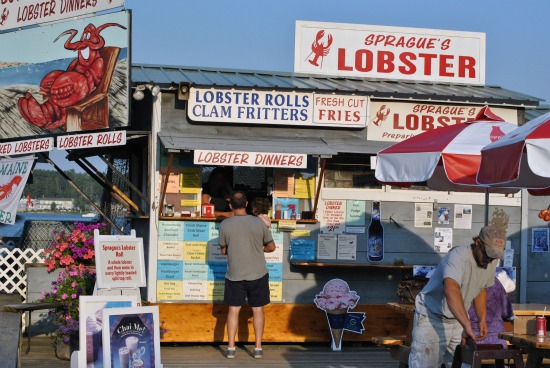 I dream about that lobster on a roll, and would happily drive for hours to sit at Abbott’s outdoor tables and enjoy it on a red plastic tray, but it’s not a lobster roll in my book. A lobster roll is a sandwich. If the lobster meat is cold, it should be coarsely chopped and tossed with a little bit of mayonnaise so that you’re never confronted with a cold and limp lobster claw. I like to squeeze a little lemon on top to give it a little zest, but never want to see anything green on my lobster roll. And the bun should be warm, toasted, and buttered to contrast the chilled lobster salad. Do I even need to mention that the bun should be a standard hot dog bun? Serving lobster salad on anything fancier would be heresy.

So there you have it. The Druckman lobster roll cardinal rules:

I also find that no matter how fancy a restaurant is, the lobster roll just doesn’t taste as good as those served outdoors with seagulls flying overhead. You can take a risk ordering a lobster roll in a city somewhere, or you could make your own. After a few months away from Maine, I’m sure Steve and I will start craving lobster again. Here’s how we’ll make our perfect lobster rolls.

And just in case you were wondering, our two favorite lobster in the rough spots are Abbott’s in Noank, CT and Sprague’s in Wiscassett, Maine (across the street from the very trendy Red’s Lobster). How about you? Please share. Steve and I just may be crazy enough to plan an entire vacation around your recommendation.