Table manners go beyond not chewing with your mouthful. Making good conversation is equally important. Recently, in an effort to fight my kids’ dine and dash instincts, I instituted a new rule.

Everyone must bring up one interesting topic of conversation before being excused from the table.

And as my kitchen is an unquestioned dictatorship. I reserve the right to determine what is and is not interesting.

The new law has paid rich and immediate dividends. My third grade son made us discuss whether snorting and burping makes you lose brain cells. Thanks to my 5th grader’s new science unit on the respiratory system, we’ve discussed the mechanics of swallowing and breathing. But the most interesting conversation points, by far, have been brought up by my kindergartner, and they’ve all been about racism.

In Martin Luther King’s time, what would happen to white parents who have kids with different skin colors? Would they be allowed to live in the same house?

I have two friends in my class who have dark skin. If I lived in Martin Luther King’s Day, would they have been in a different school? What if they lived far from that school? And why couldn’t they be in class with me? They’re my friends. It would be sad if they weren’t in my class.

Night after night, the questions trickled out of her mouth as she wrestled with the notion of racism, the impossibility that the people of color in her life could once have been treated very unfairly by everyone in authority: policemen, teachers, and principals. 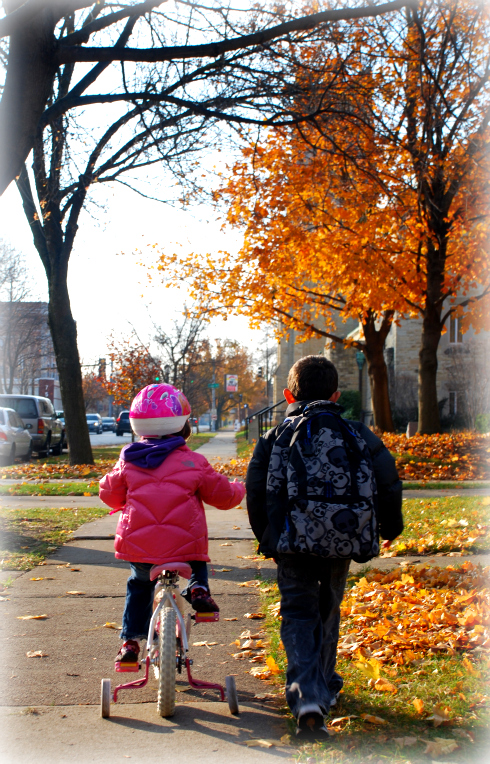 My kindergartner’s world is not colorblind. She sees the different skin hues of her classmates, just like she sees who is tall and short, who shares nicely and who runs fast on the playground. She sees the color around her, and she sees its beauty.  In her eyes, the segregated world of the past is a drab black and white. She lives in a riot of color and cannot conceive of a different reality. 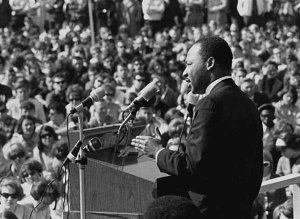 We’ve come  a long way since Dr. King courageously proclaimed his dream with millions in Washington.

I have a dream that one day this nation will rise up and live out the true meaning of its creed: “We hold these truths to be self-evident: that all men are created equal.”

I have a dream that my four little children will one day live in a nation where they will not be judged by the color of their skin but by the content of their character.

I have a dream today.

I have a dream that one day, down in Alabama, with its vicious racists, with its governor having his lips dripping with the words of interposition and nullification; one day right there in Alabama, little black boys and black girls will be able to join hands with little white boys and white girls as sisters and brothers.

I have a dream today.

Racism sadly still exists, but as more and more generations of little boys and girls grow up together as brothers and sisters, as equals, bigotry and racism lose power and become an outdated worldview that has no place in our colorful and color filled world.