Were you completely addicted to the Hunger Games? Whether you fell under Suzanne Collins’ spell before or after the blockbuster movie hit the theaters is irrelevant. If you loved the Hunger Games, you have to run, not walk, and buy Divergent. The first book in Veronica Roth‘s trilogy is as well written and engrossing as the Hunger Games. And if you’re not old and stubbornly clinging to the printed page like me, you don’t need to run anywhere. You can just download it immediately. However you choose to read it is not important, you just need to get your hands on the must read summer book of 2012. 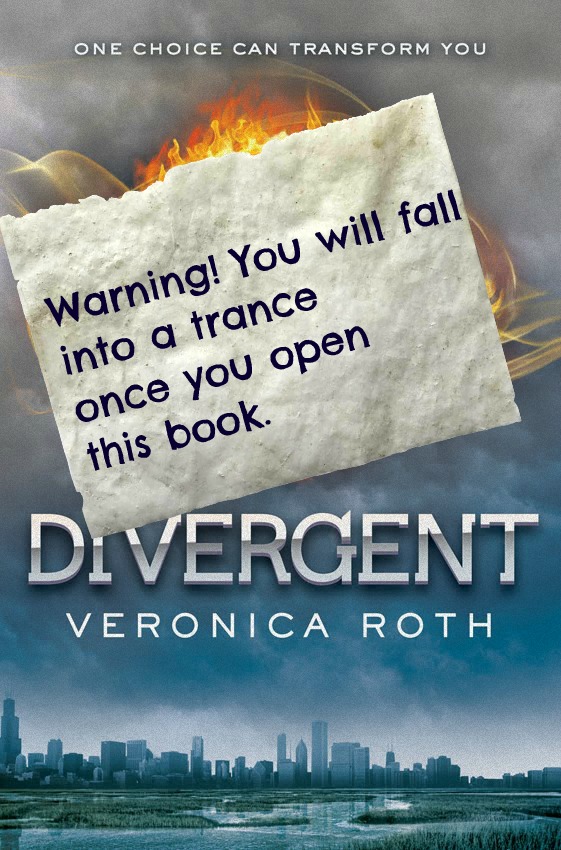 There are a lot of similarities between the two trilogies. Both feature a small, yet courageous 16-year old girl as a heroine. Even their names sound the same: Katniss and Tris. Both take place in the Midwest in a futuristic United States now divided into groups that perform different functions. But the differences stop there. There is no reality style tournament where children fight to the death in Divergent, but there is just as much page turning suspense.

Whereas the Hunger Games was all about overcoming the oppressive Capitol regime to regain freedom of choice, Divergent is all about choice. When children reach the age of 16, they are free to choose which faction they want to join. There are four factions: dauntless, erudite, amity, candor, and abnegation. An aptitude test tells you which trait is most dominant in your personality, but on Choosing Day, the final choice is yours. You can elect to guard the city as a Dauntless, to feed the city as Amity, to rule as Abnegation, to study and innovate as Erudite, or to judge as Candor.

Tris is born into Abnegation, the faction that rules because they are dedicated to being selfless and devoted to others. They wear grey clothes, eat drab food, and cannot look at themselves in the mirror. She tries to be as good as her parents and brother, but she cannot help but be drawn to the loud and brash Dauntless faction who jump from trains and sport tattoos. Leaving her family to become Dauntless seems like a difficult decision, but as soon as she begins the brutal initiation, she realizes that the hard work of finding where she belongs has only just begun, and that she’ll face danger and death many times before her journey is over.

I don’t want to spoil such a wonderful read by telling you any more. My Chicago area friends will also enjoy that Divergent is set in a future Chicago where Lake Michigan has become just a marsh. Many scenes take place in Chicago landmarks like Navy Pier and the John Hancock tower and made this read even more fun. Divergent is in paperback, and the second title, Insurgent is in hardcover. The third book in the trilogy will come out this fall. I cannot wait.

2 Responses to Divergent: the Must Read Book of the Summer