Parenting is a delicate dance, a carefully choreographed ballet of daily battles.

I wish I could tell you that every battle is picked strategically, but most of the time sheer exhaustion dictates when I stand my battleground to make my kids clean their plate, room, teeth or face. But every once in a while some big, decisive battles come up, and on those I stand my ground.

Some battles are worth fighting. 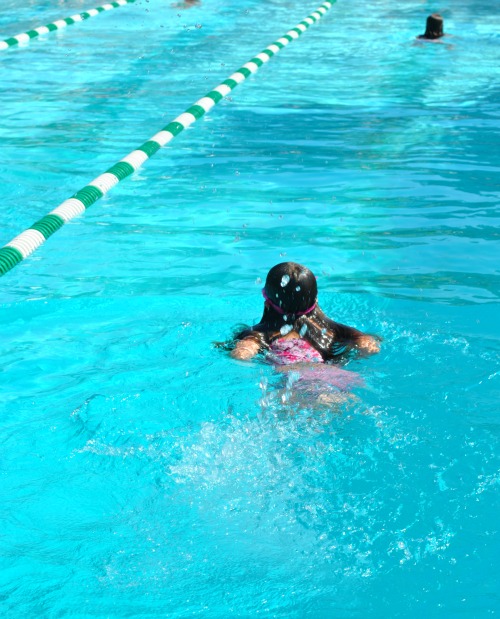 For the last two weeks, the battle lines have been drawn around the club pool. Juliette joined her big brother and sister on the swim team roster at the beginning of the season. While she had a blast swimming in the deep end during open swim, as soon as practice began, she cried and cried, giant theatrical sobs at the edge of the pool.

The coaches and parents around the pool no doubt pegged me as an Aqua Tiger Mother, a crazy pushy mom. They saw my terrified daughter quivering at the edge of the pool, but later, as her laughter rang across the pool during post dinner evening swims , everyone was long gone. 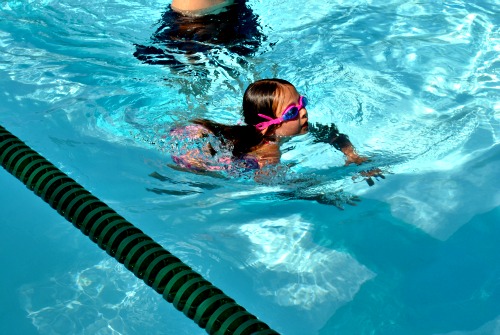 And so we continued our daily duels.

Each swim practice was another very public skirmish, until yesterday when magically everything clicked. Juju finally realized that the clapping and support she received from swimming was sweeter than the looks  of pity she got from crying. She traded her tears for a broad smile and dove into the deep end. Yes. Dove. While many kids were still jumping in, she dove cleanly in and began swimming. And when she emerged at the other end of the lane, she almost looked surprised by all the fuss and cheering of her coaches and team mates. 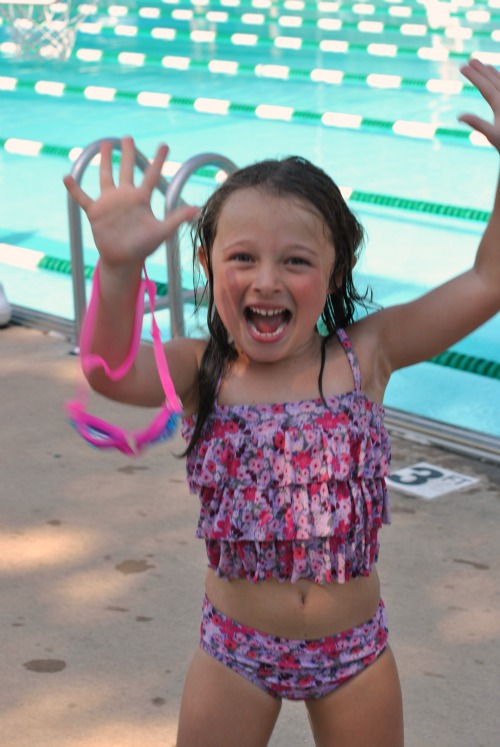 Although I cheered louder than anyone, I wasn’t surprised by her success. I knew she had it in her all along, knew it before she did, knew that it was worth fighting for, worth pushing her to find the courage to join the others.  A mother knows: some battles are worth picking.

One Response to Some Mom Battles Are Worth Fighting