Motherhood is full of mysteries, but being the mother of a boy is the greatest mystery. 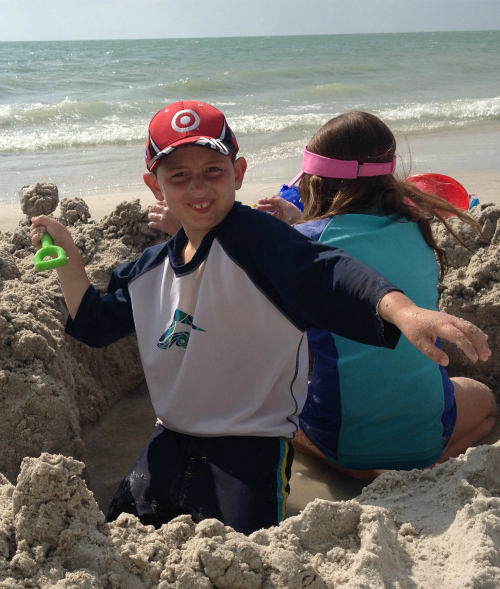 Raising girls has its challenges, but their issues, their drama is familiar. There’s a been there/done that to the mean girls, the wardrobe disasters, and the other bumps in the road to becoming a woman. In many ways, raising girls is like a second chance at your own childhood.

Raising a boy has been uncharted territory from the beginning, the very beginning, when I stood with that tiny infant diaper, wondering which way to tuck his tiny little boy parts.

My son’s diaper days are thankfully long behind us, but I am still frequently just as clueless as I was in front of that first diaper closure. Mothers of boys raise their sons to become men, and each day makes them a little more different than us, a little more guarded in their emotions, a little more male, a little more alien. Their problems and the way they see the world is fundamentally different from our female way of looking at things.

The other night I found my son crying in his room. He was tucked in the corner, snuggled deep into one of those little boy stuffed chairs with his name embroidered on it. He had wrapped himself in his favorite fuzzy blanket and was sobbing quietly. I knelt down beside him and just held him for a while before asking him what the matter was.

I expected a complaint about a fight with his sister or a confession of a failed test at school, but was thrown a curve ball when the story came pouring out of him. He was upset by the rules of their baseball league, that a limit on the number of runs in one inning had kept his team from making a triumphant comeback. He was sobbing because his team lost. As the story unfolded, he got more technical, asking me to explain power plays and push plays. I just looked at him blankly, completely dumbfounded, not even sure what sport he was talking about.

That’s when he took his favorite fuzzy blanket and blew his nose loudly into it, showering it with muddy snot. Then he wiped his tears with the back of his hand and got up with a smile. Baseball drama now over, he asked, “Mom, what’s for dinner? I’m hungry.”

Many guys tried unsuccessfully to explain the various rules of baseball and football. It never took. It took having a son to finally force me to care about the subtleties of sports, one of the many mysteries of raising a boy.

4 Responses to The Never Ending Mystery of Mothering Boys