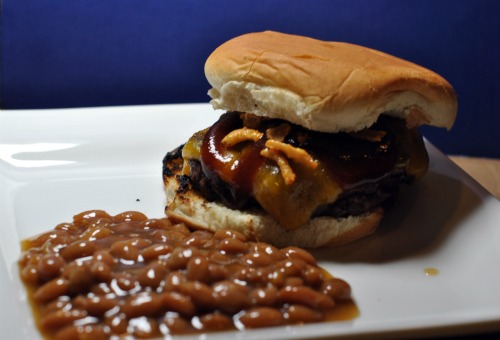 Now that fall is in the air and the weather is turning crisp, smells carry further. With the gorgeous rainbow of fallen leaves painted on the bright green grass, everything smells better, but burgers on the grill smell best of all. Although summer is known as grilling season, I love to grill in fall because the bugs are long gone and every day of snow-free sunshine is something to celebrate. This weekend, we celebrated the end of the youth soccer season with a team barbecue featuring our secret burger recipe, some homemade chicken wings, crisp grilled hot dogs, and a big pot of Bush’s Baked Beans. 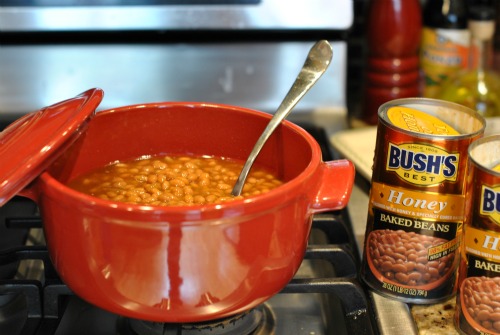 You may remember that I hosted a Bush’s Baked Beans Tailgating Giveaway a few weeks ago. Our cookout was part of the Bush’s Baked Beans campaign, taking a virtual campaign into the real world by enjoying some sweet baked beans with the boys my husband corralled into a team all fall during practice and heated games all Fall. 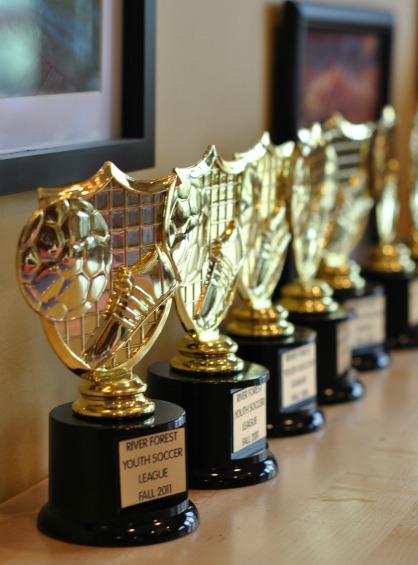 The boys jumped into piles of leaves and ran around like puppies, screaming and letting out all that wild boy energy. But when it came time to accept their awards, their little faces filled with pride to be singled out for their particular successes that season. They are only six and seven, but they’ve learned to work as a team and most importantly, to have fun while competing.

We invited the families to join the players for the barbecue, and the parents were expecting the usual kiddie food to be served, but when they realized that we were grilling our secret recipe hamburgers, they jumped in to eat. We add some seasonings to our hamburgers, but the real secret to their great taste is that we grind the meat ourselves. After a few years of playing around, we’ve settled on an all-beef combination of chuck and sirloin. We used to add a little veal and a little pork but found it took away from the meatiness of the burger. 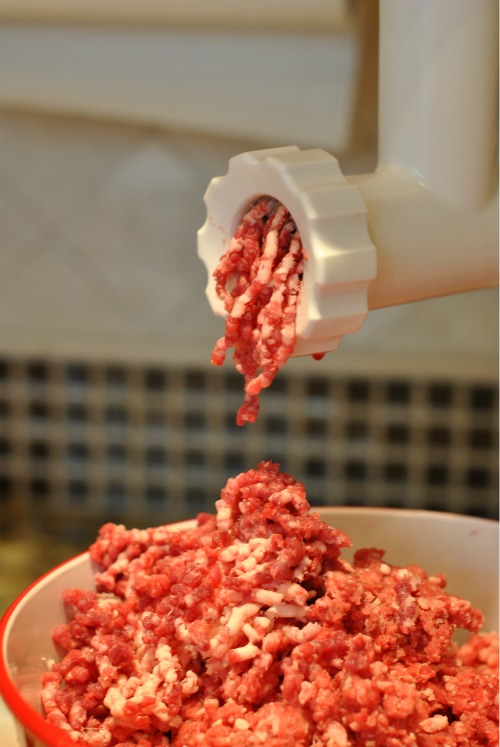 To grind the meat, we use a food grinder attachment to our Kitchenaid stand mixer (currently about $45 on Amazon). We run the meat through the grinder twice, adding some Parmesan to the meat the second time around before seasoning and assembling the patties. In addition to giving the burgers a great, fresh taste, I like knowing that my hamburgers came from one cow and not from a collection of leftover cuts from some massive plant.

How you top your burger is a personal choice, and I would never presume to tell you my topping choice is superior to anyone else’s. We offered a lot of different toppings: cheddar, ruby red tomatoes, ketchup, relish, barbecue sauce, and even cheesy onion strings. The only topping we forgot was some crispy bacon slices. My ideal burger is topped with some grilled mushrooms, barbecue sauce, cheddar, bacon, and onion strings. Yet even with all those toppings, I can still tell if it’s been homeground. Once you start, I bet you will too.

How do you top your burger?

Not Your Average Backyard Barbecue Burger

Print
Prep time
30 mins
Cook time
10 mins
Total time
40 mins
The secret to our burgers is simple: grind the meat yourself. It makes all the difference in taste and texture.
Serves: 6 burgers
Ingredients
Instructions
Nutrition Information
Serving size: ½ pound
3.4.3177
← Snoozing on the Kitchen Floor
Because Every Dorothy Needs Her Scarecrow →

2 Responses to Not Your Average Backyard Barbecue Burger