This month the topic for the women of the Yahoo Motherboard is Legacy and whether our children will follow in our footsteps.  I’ve been thinking about it for days, wondering whether to write about the careers they might have someday or my hope that my children will, like me, derive joy from good food and great books. 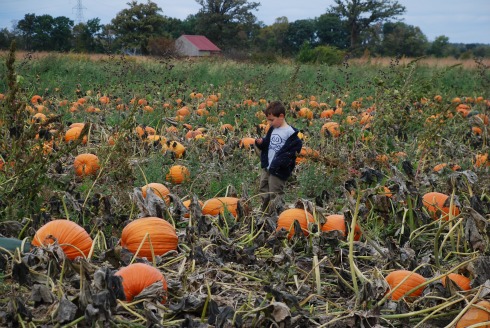 Instead of looking to the future, I realized that I’ve already passed on a legacy to my son, one he struggles with every night: the legacy of fear.

When I was a little girl, when I was old enough to ride a bike without training wheels, but long before I ever struggled into skinny jeans with zippers at the bottom, I was terrified that the Germans would come again. We were still living in France, and spent many weekends at my grandmother’s house in the village my mother grew up in the Loire Valley.  During the day, I would sit with my grandmother or my aunts, peppering them with questions about living through the German occupation. My mom’s oldest sister was a toddler at the time, but the tales of the German soldiers who had taken over the family home were part of our family lore. I couldn’t get enough of the stories about being forced to co-habitate with German officers or my grandmother’s explanations of how she traveled through occupied France and the free zone to be reunited briefly with my grandfather. I asked and asked and asked until they sent me to bed. 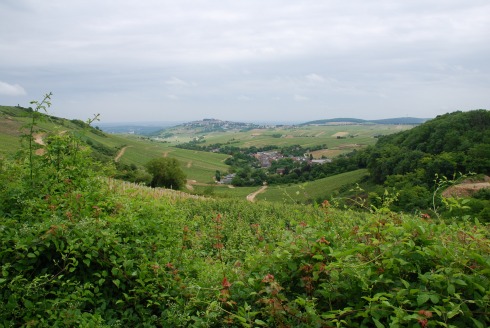 Then, alone in the darkened room, I would toss and turn under the cold damp sheets, terrified. The wooden shutters had a small crescent moon cut out that gave a glimpse of the starry sky. I peered at it anxiously, imagining that any minute I would see planes overhead carrying bombs and angry Germans once again. I would lie there, shaking with terror until I couldn’t bear it anymore and had to call for my mother to tell her that I thought World War III was beginning. At first she would be patient and sit with me, calming my fears with rational answers to my panicked questions. But by the third or fourth time that I beckoned her away from the adult dinner table, she would tell me to be quiet and go to bed with pursed lips.

It wasn’t until we moved away to the United States, far away from the Germans that my night fears subsided. The nocturnal noises of rural France were replaced by those of suburbia: raccoons tipping over garbage cans and the distant rumble of Mack trucks on I-95. My mind was too filled with the strange guttural sounds of the English language to find a new terrifying scenario to keep me up at night.

Thirty years later, it’s my son’s turn to lie in bed staring at the ceiling frozen with fear. He calls me back to his bedside screaming at the top of his lungs three or four times a night, demanding that I check the windows one more time, bombarding me with question after question, and peering up at me skeptically as I offer up reassuring answers. He’s not afraid of the Germans, Chinese, or Russians, or other threatening nation. He worries that a someone, a fat guy with glasses like the one that broke into our car, or an evil old crone like the one in Tangled, will climb up the front of our house and kidnap him.

Like my mother before me, I am patient for the first 2 or 3 panicked calls. Then I either channel Darth Vader’s most threatening tone to tell him to go to sleep, or get into bed with him until he relaxes and starts snoring softly. But even though I get annoyed, I get it. I remember how frustrating it was to have someone dismiss my fear, to not even consider the possibility that my nightmare would come true. And so, most nights I hold him tight and stroke his head, whispering in his ear that this fear shall pass.