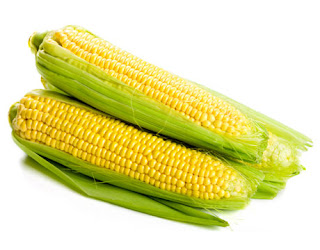 When I agreed to go on the Iowa Corn Tour, I knew that I was making a controversial decision. The Corn Grower’s Association was in the midst of a major social media campaign targeted to mommy bloggers to address the concerns over high fructose corn syrup (HFCS). They had reached out to bloggers at the Type A Mom Conference as a sponsor. They had hired the social media consulting firm Mom Central to organize a mommy blogger brunch. Our trip through the Iowa Corn Grower’s Association was just the last initiative as part of that campaign to improve the image of corn farmers and high fructose corn syrup.

As I mentioned in earlier posts, I jumped at the chance to go on the trip. I was eager for the opportunity to learn more about corn production, to see the process, and for access to the right individuals to get my questions answered. The other six women invited on the trip (Allison, Laurie, Lisa, Shanda, Susan, and Tanya) all voiced similar reasons for coming on the trip: concern about what we were reading in the press, and the desire to learn more, to better feed our kids. Both food bloggers and more traditional mom bloggers were represented on the trip, carefully selected by the Center for Food Integrity. In communications preceding the trip, Roxi Beck referred to a few posts from each of our blogs, sometimes going back over a year in our archives, really taking the time to get to know us individually. This was no quick selection using Alexa rankings or ShePosts lists.

I learned a lot on the trip, and I learned even more doing research on high fructose corn syrup, genetically modified corn, and farm subsidies as a result of the trip. I certainly achieved my goal of increasing my awareness and knowledge of these issues, and arming myself to better feed my kids. I’m so glad I went, even though the debate over the relationship between mom bloggers and the Corn Growers’ Association continues to rage in the blogosphere.

As soon as mom bloggers began posting that HFCS is the same as sugar, repeating some of the information released at the various events, the blogosphere erupted in protest with posts by Jessica Gottlieb, Liz at Mom 101, and PhD in Parenting to name a few. Blog posts are being written, mud is being slung, and allegations of blogging without integrity are being made. Tempers are running high, and with good cause. Our nutrition is at stake. We’re surrounded by crises: the world population keeps increasing, the ice caps are melting, the climate is growing warmer and more extreme, and obesity in America is at an all-time high. We need someone to blame, and the corn industry with its high fructose corn syrup is an attractive culprit. We want some answers, some changes to be made, some hope for the future, for our children. And we’d like them to be a little less drastic than Marc Bittman’s “Eat less meat” or Michael Pollans‘ “Eat Food. Not too much. Mostly plants.”

The media runs articles on the dangers of high fructose corn syrup, and that begins to look like the solution to the obesity issue in America. Parents begin to look for products without HFCS, products filled with cane sugar like the new Hunt’s ketchup mentioned in this Slash Food article, or even worse, filled with some new manufactured sweetener with a simple non-threatening name so they can tell themselves, “Oh, this says no HFCS, must be fine for my family!” And then we’re right back where we started, with people eating too much sugar-laden junk.

You shouldn’t avoid HFCS because it’s worse for you than sugar. That debate was concluded in a NY Times article quoting well-respected scientists like Dr. Marion Nestle saying that there is no biochemical difference between corn syrup and sugar. But there are other reasons that you might choose to avoid HFCS:

I don’t believe the Corn Growers’ Association is trying to take advantage of mom bloggers with their social media initiatives. They’re trying to fix an image problem, an effort that experts like Dr. Marion Nestle agree is valid. I actually think that by pushing forward their own agenda, by bringing mom bloggers and their readers into the national nutrition debate, they’re actually helping educate moms on nutrition, and stimulating discussion of a crucial topic.

When choosing to address the HFCS image problem, the Corn Grower’s Association chose to focus on social media, and in so doing they asked moms to the table and brought them into this vital discussion. They could have just as easily chosen print or TV and simply talked at us instead of talking with us. I think that’s worth celebrating. We’re being asked to participate in a national discussion about nutrition, being invited to share our concerns about what we feed our kids. Thanks to social media, we’re being given more power as mothers than we’ve ever had before. It’s up to us to use that power to educate ourselves so we can make the right choices when voting, shopping, and eating.