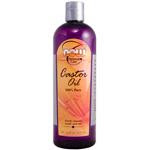 Wednesday is book club day over at the Silicon Valley Moms Group blogs. The book featured this month is Birth Day by Mark Sloan, a book filled with fascinating facts about birth, one I would probably have been a little terrified to read with my births to look forward to.

Thankfully, my labor and delivery days are (most likely) behind me and instead of freaking out about dilating 10 centimeters, I can use the book club as an excuse to do one of the favorite things a mother likes to do: share a birth story.

I was induced for the births of my first two children. The first time to protect Bella from my low amniotic fluid levels, and the second time because my OB, a solo practitioner, was going on vacation. Both births had gone smoothly, no horror stories about pitocin causing endless labor for me. I got each child out in two pushes and actually took a nap thanks to the epidural both times.

But I never got to experience the thrills of early labor: the water breaking, the timing of the contractions, the call to the doctor. Everything had been planned and scheduled. I’d even had the choice of a few different days for the induction and had, in essence, chosen my children’s birthdays.

Jack was such a colicky baby, suffering from terrible acid reflux. During those long nights trying to get him to relax his rigid body and stop screaming, I’d spent many hours wondering whether we had ripped him out the womb before he was ready.

For my third and last child, I was determined to give birth “naturally” according to my body’s rhythm. I wanted the middle of the night phone calls, the panic, and the uncertainty. I wanted to feel my body quicken and get ready for birth. Mostly, I wanted to be sure the baby was ready to come out on his or her own terms.

Three weeks before my due date, I was three centimeters dialated, a condition my doctor told me could last for weeks. I just couldn’t believe him. I felt such pressure, as if the baby was going to push itself out. I walked like a very swollen cowboy, walking into a saloon after a very long stint on the range. I couldn’t see my ankles, but they elicited gasps of horror from my friends and many questions about whether my doctor had seen them recently.

Then the false labor began. Every night, around 9 or 10PM, the contractions began. Steve and I sat on the couch, holding hands, looking at the minute hand of his wristwatch, pad in hand, timing them. We called his parents who lived an hour away, and updated them on the status. Around midnight, we would crawl into bed and as Steve’s eyes shut he would remind me to wake him should anything change. I would nod solemnly, and then slowly close my eyes, just to get a few minutes rest before the labor began in earnest. And each morning I would wake up, labor pains completely gone.

After a couple of weeks of high alert, tensions were running high. I was getting hourly calls from Steve and my in-laws asking for contractions updates. Everyone had bags packed. Steve checked with me before scheduling any important meetings. Every morning, before heading off for his hour long commute to Long Island City, he woke me up to ask me if he should go in to work. If I went into labor while he was at work, it could easily take him two hours to get home at rush hour. The novelty of waiting for the big day to come on its own had worn off for everyone, even me.

A week before my due date, I caved and asked my doctor about induction. As I was still three centimeters dialated, I was sure that he would be open to scheduling my labor. He shook his head, and reminded me the practice’s policy was not to induce until the due date was past. He smiled and said, “but as you’re already dialated, and if you’re really dying to have this baby, you might want to try drinking some castor oil.“

Steve gripped my hand hard, desperate to put an end to the torturous waiting.
“Really? Castor oil? Does that really work?” I asked.
“Try it. It might. Don’t take more than a tablespoon though.”
And with those cautionary words, he sent us on our way.

Steve drove us to the nearest pharmacy and ran in as I waited in the car. He returned, brandishing a nondescript brown bottle as though it were liquid gold. I waited until 4PM when we got home to drink my tablespoon of the foul liquid. It tasted like old moldy dirt, and the greasy oil coated my throat, letting the taste linger for hours.

When we went to bed, six hours later, nothing had happened. I was tempted to
take another swig of the vile stuff when I took a look at Steve’s disappointed face as he turned out the light. He gave me a quick peck on the cheek and turned over.

Fifteen minutes later, I was jolted out of a doze by the worst cramp I had ever experienced. It was as though an iron vice had gripped my insides. I barely made it to the bathroom before I began violently expelling the contents of my stomach. The diarrhea spasms carried on long after my stomach was empty.

At some point in my intestinal tempest, my labor pains began. I couldn’t tell the cramping apart from the contractions. Both had me doubled up in pain. Both came quickly and rhythmically. Both were pure hell. The dehydration from the massive diarrhea had put me inequivocally in labor.

We called the doctor and he gave us the green light to get to the hospital. My in-laws jumped in the car and my neighbor came over to watch the kids until they arrived. When I got to the hospital, my stomach was completely empty. The cramps were still coming, but at least there was no fear of pushing something out on the table that was not the baby.

Two hours later, Juliette was born. The wait was finally over.

Looking at my beautiful baby girl, I swore that if I ever got pregnant again, I would not try to influence nature’s course with the magic potion of castor oil, or any other home remedy. Castor oil is definitely effective, but it’s not an experience I ever want to repeat.

← >Staking our Claim
>Tasty Tuesday: Racism at the Butcher Counter →